Trust Your Vision Even When You Doubt Yourself 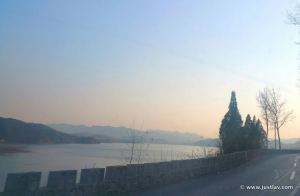 In the past few months I’ve had the opportunity to talk to leaders from all over the world.

Ordinary people who are accomplishing extraordinary things, who are making a difference in their lives and the lives of the people around them. While they all had their own special road map tailored to their own dreams and goals, they also had one thing in common, something that was present in each and every one of them, something that kept them grounded when they were losing their way or made them wake up with a smile on their faces.

They all had a clear vision.

Most of them didn’t know how they were going to accomplish their goal, some of them took detours along the way, others found that the first road they took was the right one, and others simply trusted their vision even when…

What Good Is Power?